For the rest of his life, he said he can tell people he was the first person in line at the first Raising Cane’s restaurant to open in Michigan. “Oh yeah it was definitely worth it,” Volk said outside the restaurant Tuesday morning.

The restaurant's doors opened to the public at 10 a.m. Tuesday. Staff took entries for “Free Cane’s for a Year” from customers from 7:30 a.m. to 8 a.m. and drew 20 winners later Tuesday morning, though Volk was not among them.

Julia Doyle, Raising Cane's public relations director, said in a text message Volk was outside the restaurant by 4 p.m. Monday and “his spirits are high!”

“Clearly the enthusiasm for Cane’s is here and we can’t wait to see how it does,” Doyle said.

The enthusiasm was indeed palpable, with a DJ playing songs like “All I Do Is Win” and the “Chicken Dance” about 30 minutes before opening.

Dumar Echols from Grand Rapids and Devonte Tillar, who was visiting from Las Vegas, were in the long line of people waiting outside the restaurant before it opened.

Tillar said they got there at about 1:30 a.m. when it was 32 degrees. He said he wants to go to MSU, and this is the first Raising Cane's restaurant in Michigan, so he wanted to be here. And this isn’t his first time waiting a long time for a new product. “I’ve done it for shoes before too,” he laughed.

Echols said he visits Tillar in Las Vegas and there are Raising Cane’s restaurants there, so they wanted to be there for the opening of the only one in Michigan.

MSU student Immanuel Corla was also in line with his sister, Sofia, who plans to attend MSU in the future. But on Tuesday, “I’m here for Raising Cane’s,” she said. Immanuel Corla said the siblings had been there since 3 a.m. He lives in nearby Campbell Hall and they brought hot chocolate and blankets to wait during the early morning hours.

“It was pretty miserable throughout the night,” he said, but “it has been worth it.”

The restaurant is at 301 E. Grand River Ave., across M.A.C. Avenue from Potbelly Sandwich Shop and nestled between Cold Stone Creamery and the Curious Book Shop.

Raising Cane's chose East Lansing for its first Michigan restaurant due to its proximity to MSU, as students make great “Caniacs,” the name for the restaurant’s customers, Raising Cane’s Chief Operating Officer and co-CEO AJ Kumaran said in a past interview.

Volk said he was alone at first in line, as his friends are “not as crazy as I am to wait 18 hours,” he said. He said it’s tough to be a huge fan when the restaurant’s not in your area, but with the grand opening Tuesday he can see his Caniac side growing.

“If you put a store in my city, naturally I’m going to be more of a Caniac,” he said. 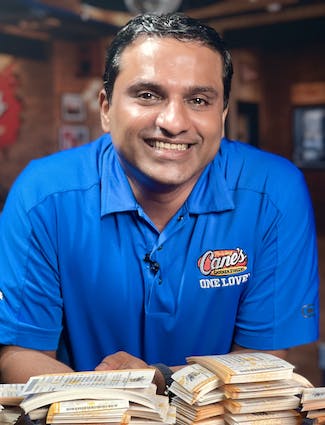 Doubling Down for Our Crew 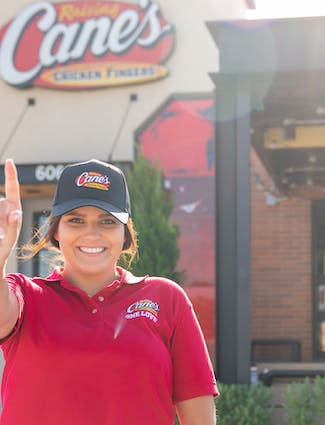 Raising Cane's recognized by Forbes as a Best Employer for Women 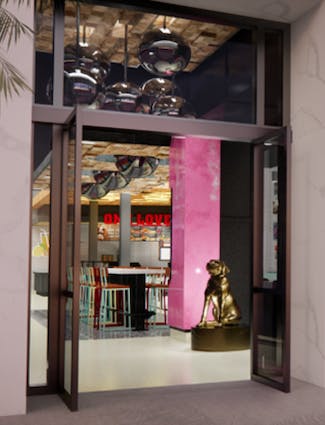