We are closed today for Martin Luther King, Jr. Day so our Crew can honor the holiday

How I Built This: Todd Graves shares what’s behind the tasty goodness of Raising Cane’s

Curious to know how Raising Cane’s got to nearly 700 Restaurants, with over 50,000 Crewmembers systemwide and some of the highest average unit volumes in the industry? Find out as our Founder (and Co-CEO, Fry Cook, and Cashier) Todd Graves sits down with Guy Raz to chat through Raising Cane’s journey from a long-shot college dream to the fastest-growing chicken chain in the U.S.

Raz is praised as one of the most popular podcasters in history by New York Times, and he interviewed Todd in his popular “How I Built This” podcast. It’s a show about innovators, entrepreneurs, idealists, and the stories behind the movements they built. Reaching over 3.8 million monthly downloads so far, they’ve sat down with all the leading

It’s safe to say this is the most in-depth interview about our history at Raising Cane’s. Todd took Raz on a journey back in time to relive his dream of opening his own Restaurant. As a young boy, Todd knew what kind of Restaurant he wanted to create—a clean, safe, and fun place for people to enjoy high-quality food, served by a friendly crew.

In the podcast, Todd talks about working in various restaurants before he founded Cane’s—from mom-and-pop grills to fast food chains—to gain industry experience. Contrary to what was popular then, Todd envisioned a limited menu that offers only ONE LOVE—quality Chicken Finger Meals. Many people didn’t believe this concept would work, including bankers, investors, and the college professor who gave Todd the lowest grade in the class for his idea.

After Todd was rejected from every bank he pitched, Todd set out to fund his dream by working two treacherous jobs. The first was at an oil refinery in L.A. and the second on an Alaskan fishing boat, where Todd worked 20 hours a day, fishing for Sockeye Salmon in ocean waves.

After saving up enough money, in August of 1996, Todd Graves opened Cane’s 1 (aka the Mothership) near Louisiana State University – and the rest is history. Raising Cane’s is now the Fastest Growing Chicken Chain in the country, employs over 50,000 Crewmembers, and operates in 33 states.

From a simple vision to taking America by storm, Raising Cane’s is brought to life by Todd’s bold vision and determination that turned his dream into a reality.

We hope you enjoy this energized podcast and find plenty of inspiration. Let’s all grab a Cane’s Box Combo, relax, and take a walk down memory lane with Todd’s incredible story. 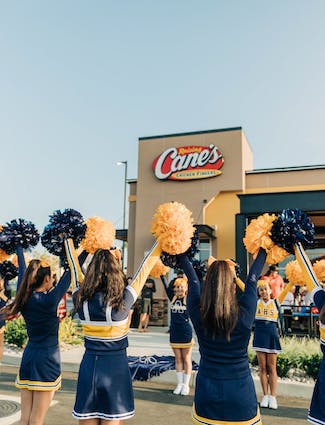 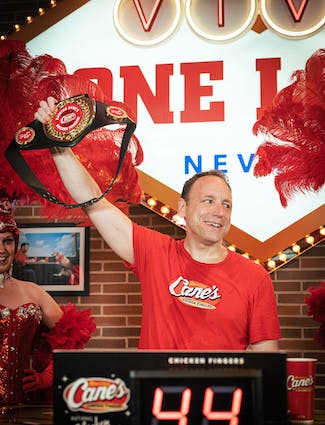